My mom always told me to pick the biggies. People told me to let go. Did I listen? Naaaaah.

Our 1 year old boy makes me insane. I N S A N E. Crazy. Nuts. Stressed out. Lunatic. The kind of insane when you can’t remember the last time you got dressed, did your hair (possibly showered) and looked presentable enough to speak with other human beings, brand of insane. I’m not sure what I expected when we had our son, Andrew (AJ, Hammy), but I’m pretty sure it was the exact opposite of what it’s turned out to be. 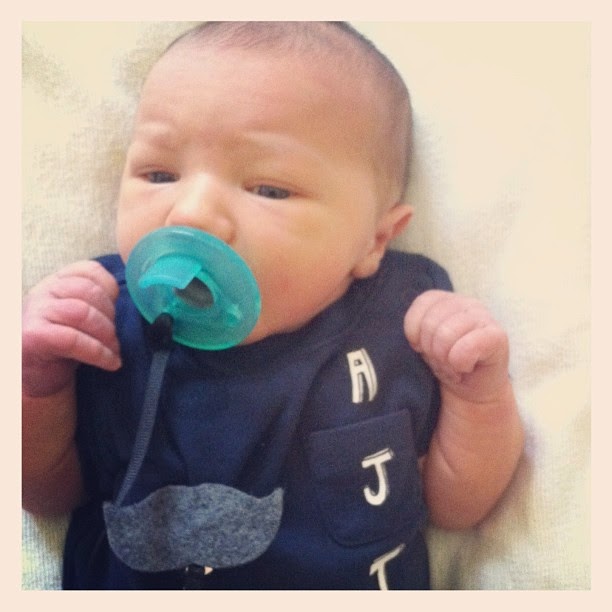 Raising Lilly (who is now 4), has been incredibly uneventful. She tests our patience, and I’d be worried if she didn’t. She’s independent, sweet, polite, a great leader, a tomboy ballerina, creative, active, and (too) smart, a gigantic pain in our asses when she rolls her eyes, gives attitude, and is otherwise a teenager trapped in a preschooler’s body.  When I was pregnant with AJ, I had a feeling it was a boy (we didn’t find out the sex of any of our kids), and was trying to mentally prepare myself because I had no idea what to expect.

And I should have known, right then and there, that I was screwed. 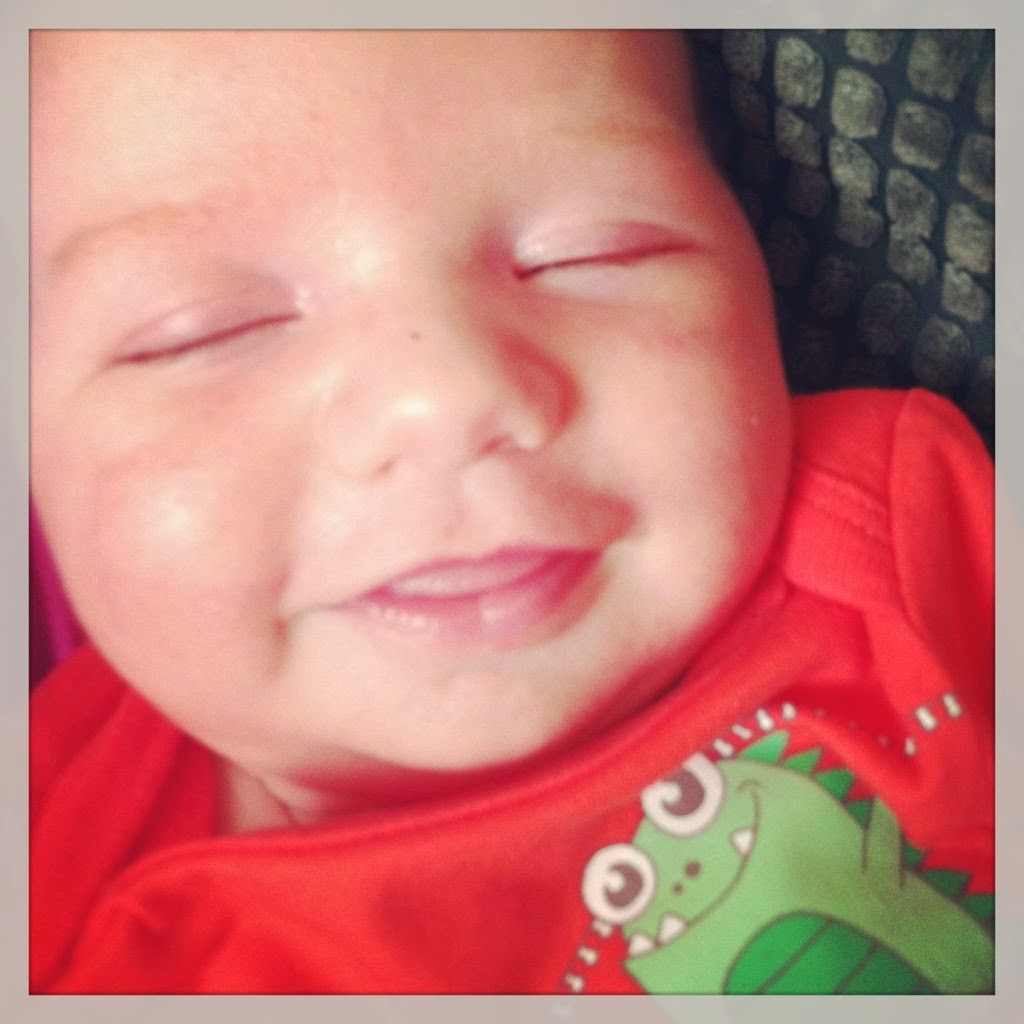 From the second he was born, he was constantly doing something, whether it was eating, pooping, sleeping, thrashing out of a swaddle, throwing his body away from you in an effort to get his toys, trying to claw his eyes out with his little un-manicured hands, and trying to eat those stupid mittens. I couldn’t figure out his eating schedule nor his throwing up schedule, and I was trying to keep Lilly as much to her schedule as I could, while trying to figure out my own new schedule. The first few months after a freshly hatched human spends navigating the sea are complete insanity – but I really didn’t think things would mellow. Did I mention 2 weeks before AJ arrived we moved into our new home? Which, was probably one of our best ideas yet, in all honesty. They finally mellowed out, but I still couldn’t catch up. Blogging was impossible, school work was impossible, and all I could manage doing was keeping the 3 of us alive until Andrew got home from work. Once AJ was 6 months, I started school again, and did a few things with the blog and home projects, but nothing consistent except school. 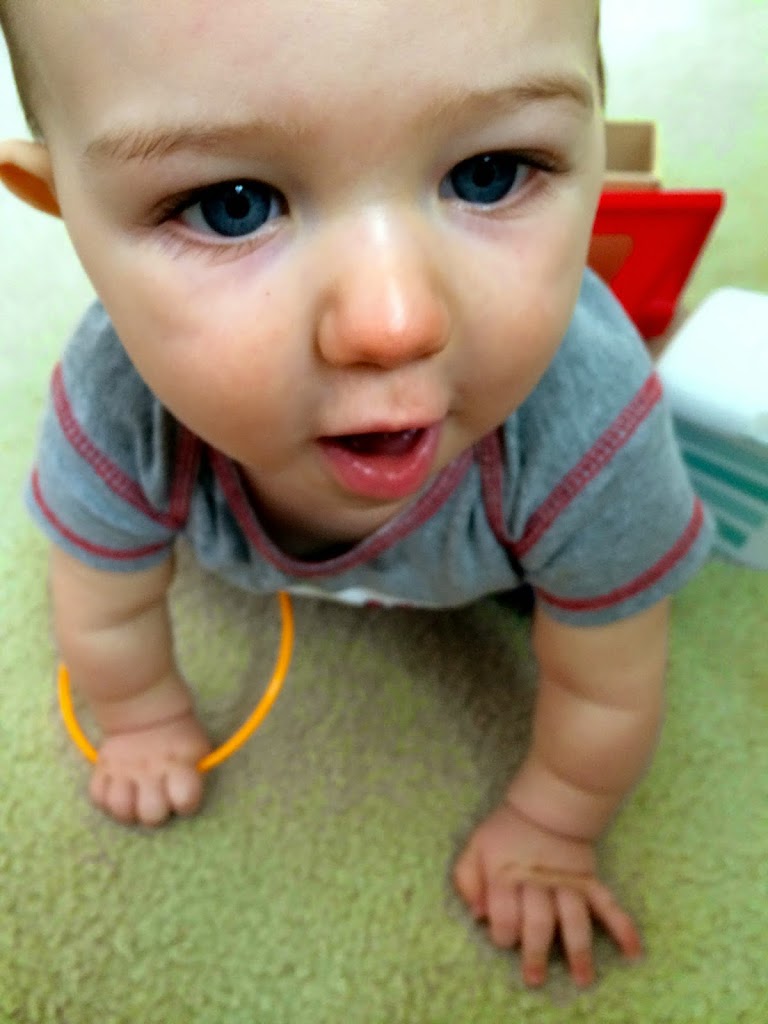 Then we were a mobile roller at 3-4 months. He started crawling and pulling up at 5-6 months, cruising at 7 months. Walking at 9 1/2 – 10 months, running at 11 months. Climbing on the couches and climbing off without face planting on things, at 12 months. 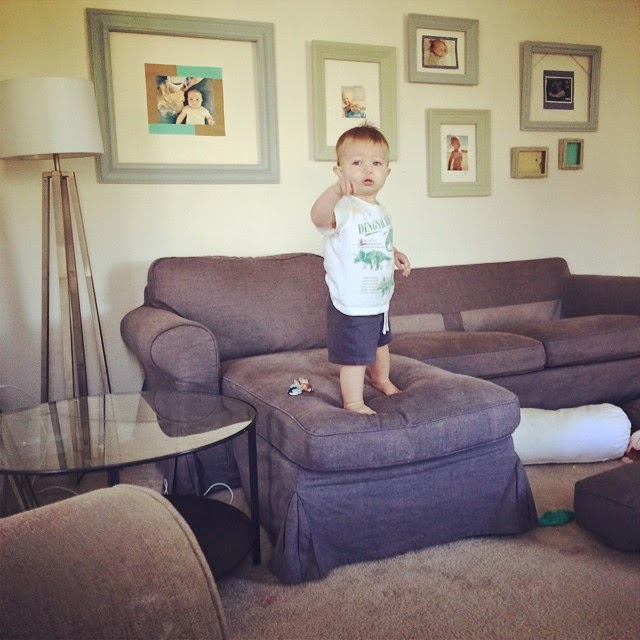 Lilly was much the same in her meeting the developmental milestones, but I wasn’t nearly as stressed out. Maybe because it was just 1 kid, or maybe her personality wasn’t thinking heart attacks were funny, and when I told her to get down off something, she did it (after the 3rd time). Not Andrew. Instigator. Button pusher. Needler. Thrill seeker. Smarty (I hope).

Everyone with boys tell me that it’s all normal and it’s just the way they are. I’m 99% sure I believe them. Like I said, I’d be worried if all he did was sit there with no desire to explore. But, really though, can I have 5 minutes where the kid sits still, doesn’t try to eat cat food (it’s happened twice now), climb a shelf, break through the locking baby gate, roll off the couch face first, or make me question whether or not we have to go to the ER? I didn’t think so. 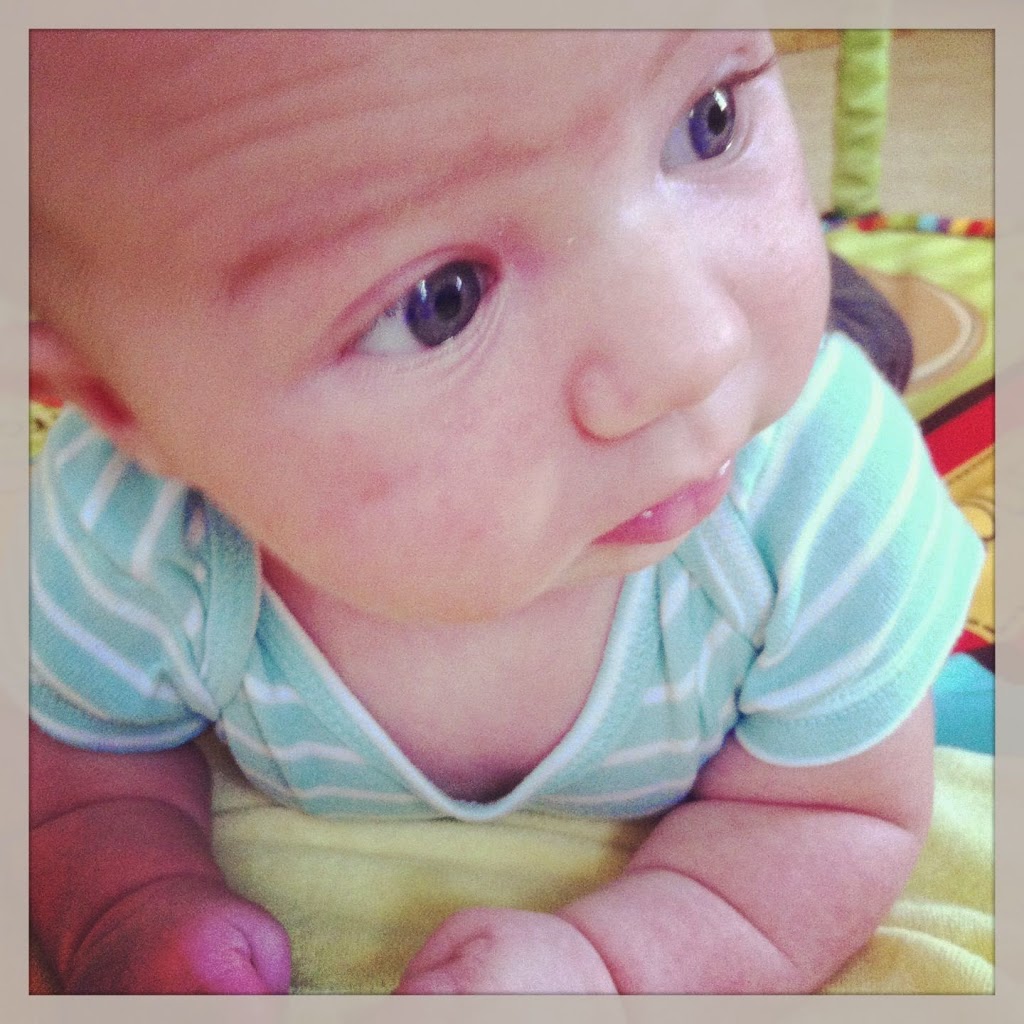 In the last 2 months or so, I’ve finally found a mental place where I feel completely in control. Ok, maybe 80% in control.

The most important thing I’ve learned in AJ’s first year, is this:

The more I tried to control AJ (in general), I realized I had no control at all. I would stress myself out over so many things, and it would just get worse. Then, I would try to control things even more because I felt so not in control. When I let go of wanting to be in control of everything, I felt more in control. Kids are going to explore, get into situations, defy everything you say, be independent, and essentially grow up. I felt the need to place parameters on AJ because his exploring was just balls-to-the-wall, where Lilly was safety-cautious-yet-still-pretty-ballsy.  I let them turn the living room into a circus, the sofa becomes a trampoline, they jump in the real trampoline, roll in the sandbox, play on the jungle gyms. There is no controlling what AJ (or Lilly for that matter) is going to do, so I got over that real quick. If their environment is safe, it’s go for takeoff (usually literally). If you’re in a parking lot or crowded area, I’ve got you on lockdown. Don’t get it twisted, kids. 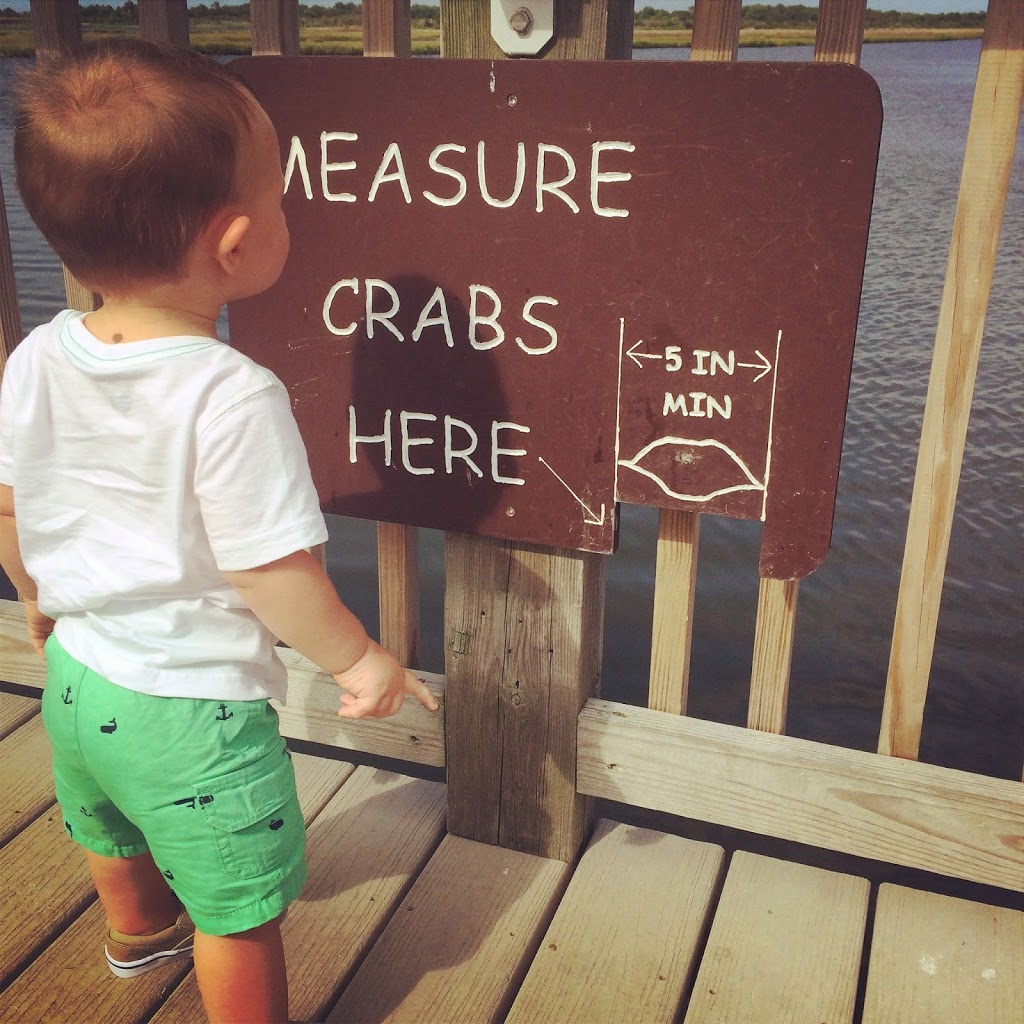 Life is so much easier, and I am in more control and feel more in control, when I pick the battles that need to be fought, rather than obsessing over everything… just in time for baby #3!

If you have a kid (or a few), and that kid makes you feel like a crazy person, please let me know what works for you!

LET’S CHAT ON THE FARMHOUSE PORCH!

Meet us on the FARMHOUSE PORCH!

catch up on the farmhouse porch

PSA: The cure for most anything, is salty air & wa

Andrew and I have been home together for over 9 mo

For us, Week 1 was a dip into the unknown, on an o

Just 👏Stay👏Home. Get your necessities and go

Encouragement. Boom! A post I wrote in a parent gr

This is the story of my life. There has to be some

It's so quiet. My coffee is so hot. I'm so stoked.

If thinking about 'all you have to do this season'