Who let us have three kids. Three human beings to take care of. THREE KIDS.

Three little pancakes. Aren’t they sweet? Edie just started crawling and pulling up on everything, Andrew is talking in sentences and thinks everything is yellow, and Lilly can almost read on her own & tie a shoe, so there’s a lot of win happening here. I sometimes can have coffee alone. A fence on the backyard was my saving grace. Because, get outside. 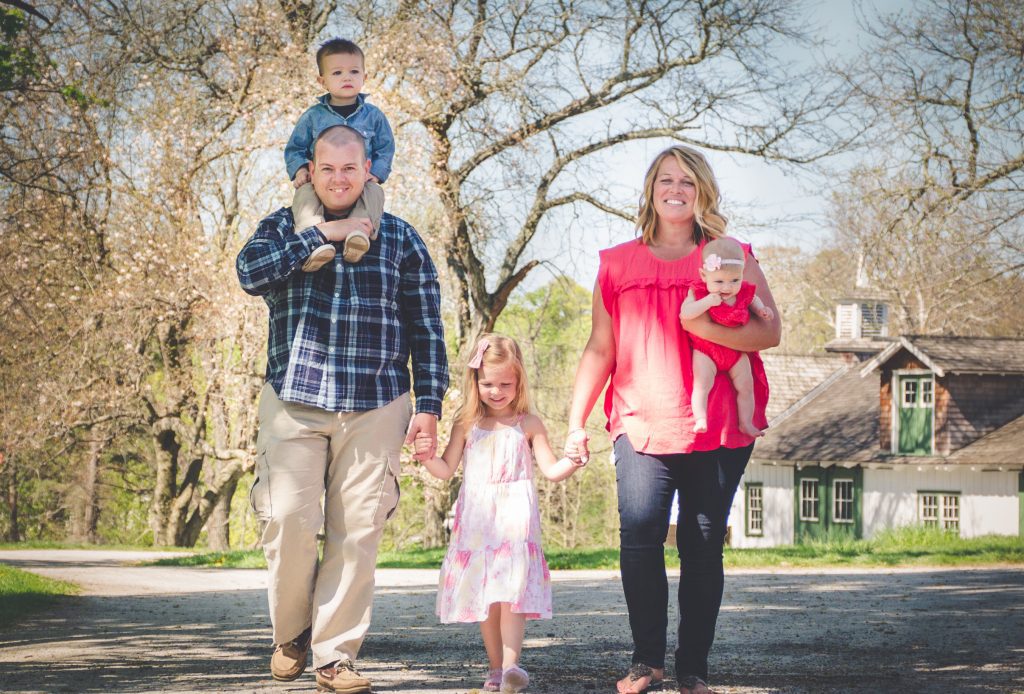 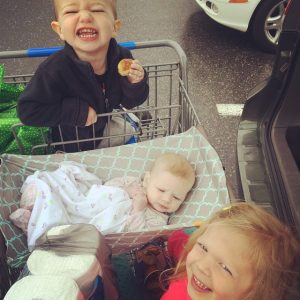 People also told me when I was pregnant with the first two, that I wouldn’t go anywhere for a long time, all alone. We went to Target with Lilly the day after she got home, and breakfast with both Lilly & AJ when he was a day or so old. Pfft, I had to get out. Edie was exactly the same.
But with the jump from two to three, logistics are very different, because people only have 2 hands (usually), and unless your kids are far enough apart in ages, you just need more hands. I’ve heard that the jump from two to three kids is the most stressful, and it’s probably true, just because of that lack-of-hands/logistics problem. I also now believe the people that say the jump to four (or more) is no big deal because you’re already outnumbered, so it’s not as stressful.

This is a list of thoughts that go through your head before you even get out of the car, once you park:

Why is ‘family parking’ nowhere near the cart corral?
Where are the cart corrals, anyway?
No, we are not getting the huge cart with the car and extra seats.
Who do I take out of the car first?
Who has to be tethered?
Who can roam free?
Who needs a snack while buckled?
Who can’t have a snack while buckled?
Yes, you can get a cake pop at the end of the trip.
How long we can be in the store?
Where does the car seat go?
Where do the groceries go?
Where does my coffee go?

All valid questions. Here’s the thing… you just do it.
JUST GO DO IT.
If you have to or want to, you just do it. Am I not going to have groceries for 2 weeks because Andrew is now working day shift? Am I going to grocery shop on Sunday with the rest of the world to annoy me? I find it far less stressful for me to take the kids to Aldi, Target, & BJ’s, in one day, than it is for me to do it alone on a Sunday afternoon with everyone else to drive me insane. I used to look at people in the market with 3+ kids, and just think they were amazing (whether their kids were helping and otherwise doing what they were told, running away, or throwing a tantrum on the ground, or lost), because we decided after AJ started walking (and bull-in-a-china-shop-ing), that we were done and wouldn’t have 3 and I wouldn’t ever have to deal with that. My dreams of 4 kids were put to rest.
Haaahahahahahahahahahahahahahha. 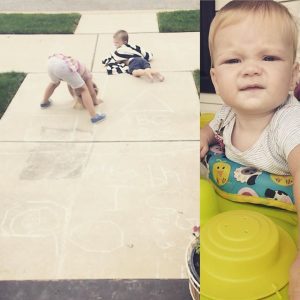 I’ve been teaching kids from 3m-15yrs old for 20 years. Swimming, lifeguarding, and in many classrooms. I’m always outnumbered there, and survive. While it’s different with a group of kids who aren’t your own, the basic principles are the same for me: always maintain control (of the day and myself), don’t stray from being the captain of the ship, and be patient. If I can get 40 kids to stay on task, I could surely get my 3 kids to the Target and back. I’m the last person to pass out parenting advice, but I will say that timing my trips and staying relaxed, is how I accomplish 90% of my outings. The other 10% is a latte and a prayer. On the trips where it’s a disaster, you have to remain vigilant in your choosing the bigger battles.
I don’t know what I was stressing out about, and why I let the negative thoughts of some other people and possibly their experiences get in my head, honestly. I’ve figured out ways to get the kids to Aldi, Target, Home Depot, the pool, swim lessons, gymnastics, out to eat, to the playground, playdates, school. Once you find a routine that works for you, you just roll and survive.
So, how many kiddos do you have? How do you make it work and survive?

LET’S CHAT ON THE FARMHOUSE PORCH!

Meet us on the FARMHOUSE PORCH!

catch up on the farmhouse porch

PSA: The cure for most anything, is salty air & wa

Andrew and I have been home together for over 9 mo

For us, Week 1 was a dip into the unknown, on an o

Just 👏Stay👏Home. Get your necessities and go

Encouragement. Boom! A post I wrote in a parent gr

This is the story of my life. There has to be some

It's so quiet. My coffee is so hot. I'm so stoked.

If thinking about 'all you have to do this season'